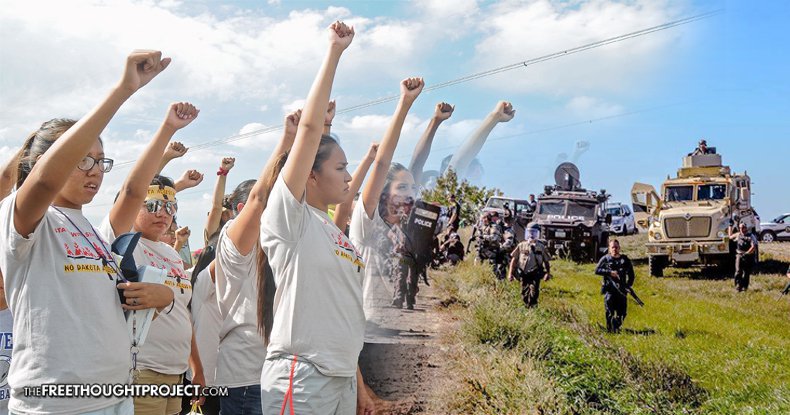 On Thursday, police from no less than five states sporting full riot gear and armed with heavy lethal and nonlethal weaponry, pepper spray, mace, a number of ATVs, five tanks, two helicopters, and military-equipped Humvees showed up to tear down an encampment of Standing Rock Sioux water protectors and supporters armed with … nothing.

Native American and Indigenous water protectors and supporters have refrained from violent acts on the whole, preferring instead peaceful prayer vigils and acts of civil disobedience.

No matter how peacefully the opposition acts, armed defenders of Big Oil interests seem determined to brutalize, disrespect, and generally incite and inflict violence against those who desire unsullied water for generations to come.